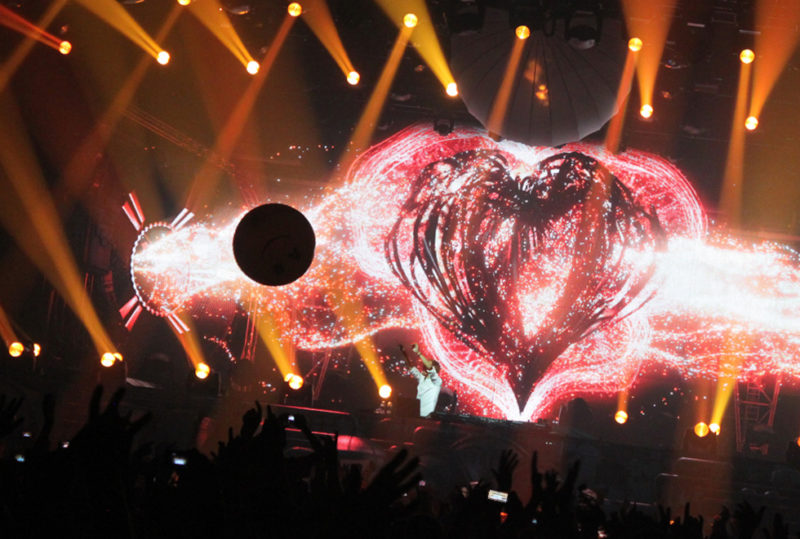 Passion, truly drives Armin Van Buuren. Only cancelling one tour date //sorry Chicago//, and just one night after the funeral of his step-father, Armin reclaimed his position at the helm of his ‘Intense’ tour.

It was a rare evening.

Instead, last Saturday night, Armin’s team, and Electronic Nation, brought thousands of people from all walks of life to converge and experience Armin Van Buuren, who has stated that for him,

“It’s not just love for music, it’s my passion. It goes beyond liking, and beyond a hobby, it’s about a way of living. Music is essential to my life.”

Observing the production value and complexity of the show, you can tell that it’s not just a cliche statement made to gain fans. It’s a multifaceted blend of live performance, dance, pyrotechnics, and technology all envisioned by one man’s desire to pursue a dream.

For over 15 years, Armin has had the pulse in his blood for music. His name has held the top rank on the DJ MAG 100 list 5 times, and he’s been nominated for a grammy.

It’s always been said that, ‘a man who pursues his passion as a profession, will be a successful man’, but you may just have to get tickets to find out why.

If you didn’t manage to catch Armin Van Buuren in action //Chicago//, here’s the opening of the performance in Toronto,

Note:
This video is not available to view in some countries or on mobile devices.