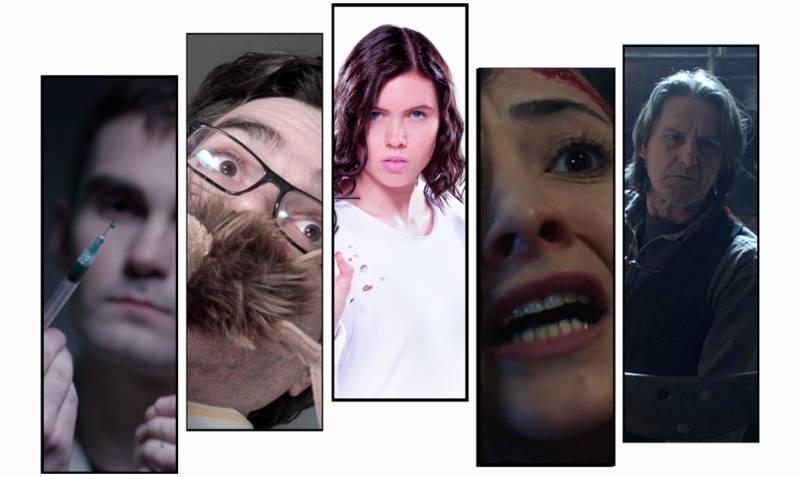 4 of the 5 films were production company collaborative projects with each project focusing on a different story type or vision. In the case of Hopscotch, the collaboration was with Alexander Osborne and his production company, Life Light Productions. With The Intercessor, We worked with Singh Along Productions, Chris Kelly Media and director Darcy Love. Both Samantha (directed by Sebastian Ponton) and The Liminal (formerly titled Gift and directed by Artem Mykhailetskyi) were partnerships with Golden Elk Productions. The exception was Precipice, written and directed by Electronic Earth Executive Director, Sean Young – which was exclusively an Electronic Earth production. Young commented by saying that,

Collaboration can be an excellent vehicle for achieving new artistic accomplishments. It (collaboration) brings together strengths of each party to more readily overcome each production’s unique challenges by utilizing the collective knowledge of its participants.

After the screenings, the directors participated in a moderated Q&A panel about their projects to answer questions from the audience. With the warm reception of Precipice, Young fielded more questions about Electronic Earth, producing, and how Precipice was accomplished given the scope of the projects visual-effects (VFX) intensive production.

If only you could’ve been there for the post-production process. We brought this project to camera just under a year ago with what we thought was a very clever opening shot. The shot, the second most complicated shot of the production, later got cut from the film and hit the trash can because the intended effect of it was lost when you eliminated the recognizable environment aspects when removing the background.

Thankfully, our lead actor, Georgia Hunter, managed to accommodate a new shooting date that went into the evening on the day before she was set to depart on a trip to Europe. Not many actors would have been so flexible or gracious with their time (she wound up staying an hour and a half later than planned). We did manage to get the new opening shot we needed though – so, thank you Georgia!

Young was also fortunate to bring Mike Loucas into Precipice as it’s VFX Supervisor making it easier to bridge the gap from vision to project integration. Since the screening, Loucas has also confirmed continuing to work on the prologue story for Precipice with Young in order to fully execute the intended vision and format it for the big screen before hitting the festival and funding circuit in hopes of developing it into a serialized science-fiction series.