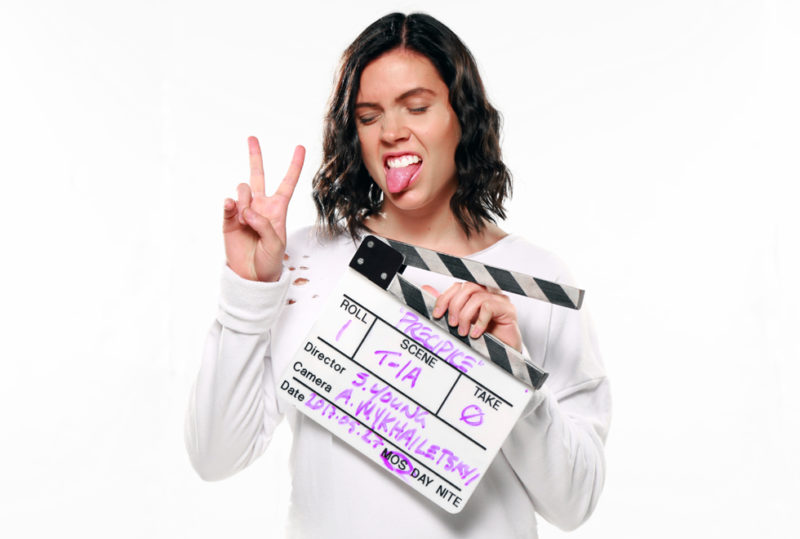 Alright.
First off, it’s been a while since our last update, so I wanted to assure everyone that we haven’t disappeared. There were some unforeseen non-project related real life situations that caused Electronic Earth to have to push ‘pause’ on things we’d been working so passionately on – major bummer for you guys who had to wait, but much more gutting for us in having to switch gears away from projects and postpone getting them to you!

With that, I am very happy to convey that we’re back to project focus and we’ve hit ‘play’ again to resume work on a more full scale capacity.

First, I wanted to start off this update with some grand news for us (and possibly for all of our early supporters). Since our last communication, Electronic Earth has officially been registered as a Canadian Federal Not For Profit Corporation with Corporations Canada, establishing Electronic Earth as an autonomous business entity!

Since becoming officially registered, we’ve inked deals with a few filmmakers and creators to bring their projects to life but those stories will be told in separate updates dedicated specifically to those projects and their respective filmmakers – in the meantime, onto the second update for Electronic Earth’s premiere project, Precipice.

I’ve had a lot of conversations recently about technology and working with green screens. Mostly as a result of being a relatively new Filmmaker and working beyond a comfortable skill set, which is something that I enjoy and thrive on – so I decided to focus the update for Precipice on that technology and how we navigated through it on this project.

Mainly, this came down to the luxury of months of pre-production to research and technically test out the processes we were going to utilize prior to bringing the project to camera. The more pre-production time you have to utilize, the better your set will run when you’ve brought it to camera – there isn’t a Filmmaker I know that would disagree with this. 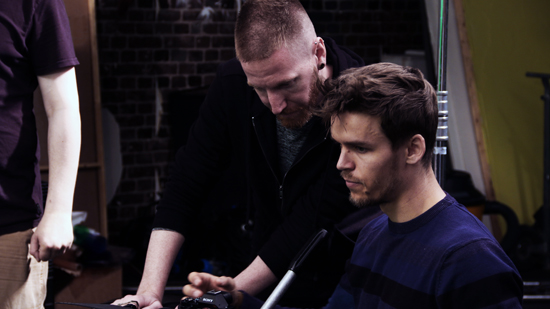 Working with Artem Mykhailetskyi as the Cinematographer and Georgia Hunter (‘Gia’) as the lead actor was a major benefit to enhancing this process as it was the first time that the trio had worked this extensively with green screens on a production. We had to really work together to capture a set that would be transformed in composition and scale with only the actor remaining as an original element –meticulously planning every detail and technical testing the final set plan in advance.

Georgia especially took the task to heart, it was her first foray into acting with a green screen,

I found it very different to acting on a physical location, in a physical location you have cues and settings, and with green screen, you’re relying on remembering what the script says and hopefully portraying that in your performance. I had to really focus on incorporating blocking movements into an imaginary space while giving the impression of interaction without being able to do so physically – there was an adjustment period in achieving this interaction but working with Sean and Artem made the transition a lot easier – they definitely made it a very comfortable working environment.’

Mykhailetskyi went on to comment about working on the set,

‘Working with Georgia on set was very easy. Her patience, and adaptability to my communications in working with the technology on set allowed me to capture what was necessary on camera. Plus, it’s always easy to capture an actor who can work with a camera like Georgia does.’

Moving from technical planning to the technical test, as the lead actor, Georgia found it very helpful to attend and be part of that process,

‘Not having extensive experience with green screen projects yet, I attended the technical test the week prior to the shoot date. I was very happy that I did as it gave me a larger understanding of what I was walking into, and I was very surprised by the scale of the set – it was very impressive, which gave me a lot of confidence in both what was happening, and provided additional perspective in what I had to bring to the table.’ 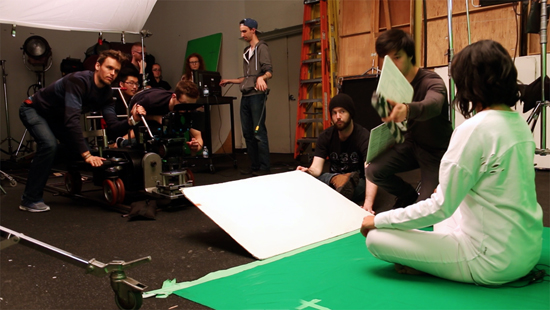 We had a lot of assistance from a lot of different industry professionals, our peers helped navigate some of the information we were pulling in, and Dan Campbell (our Gaffer), was absolutely an asset to have on the project.

Taking on this project outside of the scope of our training really forced everyone to push their limits and bring their top game to set. For a lot of us, this was our initial introduction to green screen filmmaking and it essentially was a learning set – I was so thrilled to have such an adaptable and dependable team that wanted to contribute to bringing my vision on this incredible adventure alive.

Artem Mykhailetskyi was just as equally thrilled and his words are pretty much the same from everyone on the project, and myself,

‘With the filming process complete, I’m super excited to see what the polished product looks like after it goes through post-production and VFX editing.’

For continuing updates about Electronic Earth’s debut film project, ‘Precipice‘, follow their respective pages on facebook at the links below:

To request an interview about the project or with it’s participants, please use the form located on our contact page to provide your name, publication (if applicable), contact information, and a brief description or outline of your piece or project.